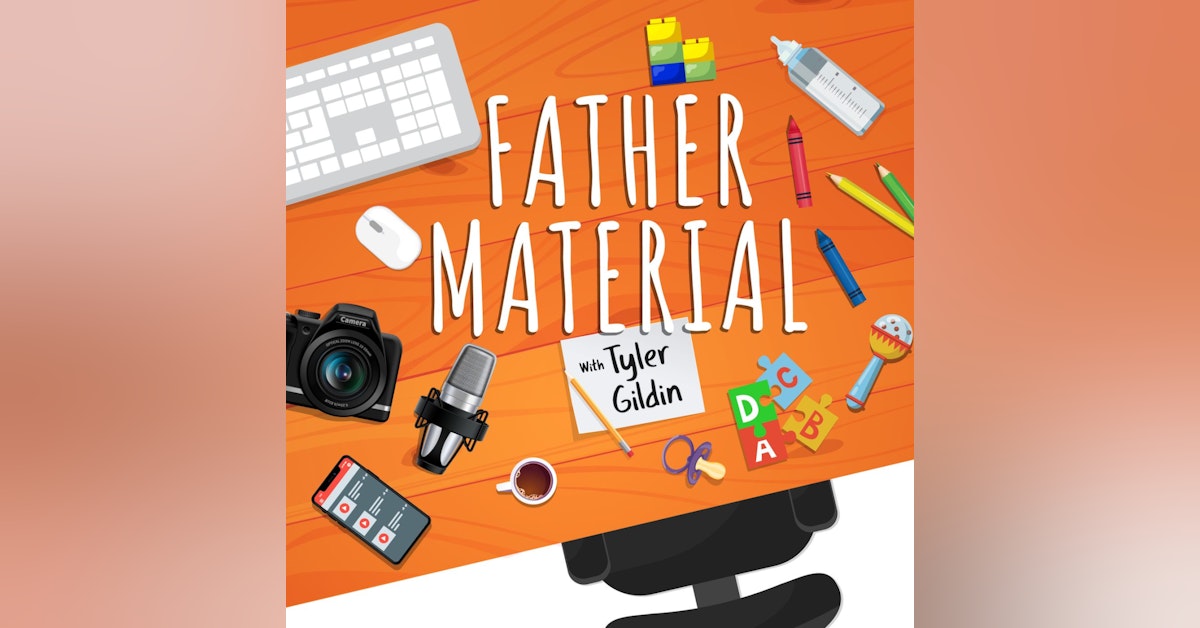 Mike Wright also known as The Fantasy Hitman, is one of the co-hosts of the Fantasy Footballers Podcast and the Spitballers Podcast. He’s also a father of 3, a master of Dad Jokes, and every football Sunday he gets to spend his day at the office...

Mike Wright also known as The Fantasy Hitman, is on of the co-host of the Fantasy Footballers Podcast and the Spitballers Podcast. He’s also a father of 3, a master of Dad Jokes, and every football Sunday he gets to spend his day at the office watching football, typically accompanied by his son. Mike discusses how he and his co-hosts Andy and Jason initially launched The Fantasy Footballers and the risks they took with it, as well as his relationship with his kids and how his job and passion for music have played a role in how they connect. We also introduce a new game, Would Your Rather: Father Edition which has Mike weighing in on some really tough fatherhood decisions. You can follow Mike on Twitter and Instagram @FFHitman or check out both podcasts The Fantasy Footballers and The Spitballers.

Episode Breakdown:
4:00 - On His Son Playing Fantasy Football
6:10 - How The Podcast Initially Formed
8:52- His  Sunday Routine
10:48 - On His Father Being A Pastor
12:40 -  If His Family Listens To The Podcasts
14:44 - Taking The Risk of Going For It
16:52 - Chasing Down Ad Revenue
18:55 - Career in Music or History with music/audio
22:05 - Would You Rather: Father Edition
- Would you rather one of your kids wakes up in the middle of the night once a week crying because they wet the bed, or you wake up one night a month crying because you wet the bed?
-Would you rather have a toddler who speaks like Gilbert Gottfried until the age of 7 or a teenager who speaks like Elmo when they go through puberty?
- Would you rather have a kid who poops in diapers until he/she’s 10 or a toddler who insists on pooping at a gas station every time you go out?
- Would you rather have a kid who wakes you up 5x a night crying or spend one Sunday football a month watching Frozen on repeat with your kids
- Would you rather your son grow up to be the worst NFL player of all time or the worst NFL coach of all time?
-Would you rather your kid score the game winning goal in his/her flag football championship or the Cardinals win the Super Bowl?
31:38 - Dad Libs
33: 33 - Rapid Father Questions
35:10 - Favorite Dad Joke
37:15 - Closing Words of Wisdom

Sponsors:
Mindset Wellness is one of the fastest growing CBD companies in the US. Mindset uses full spectrum CBD infused with terpenes which are essential plant oils that navigate you to a specific mindset. All products are all natural, vegan, organic and GMO free.

Go to: Mindsetwellness.com and use code:  FATHERMATERIAL for 20% off and free shipping.

Lalo is a modern baby and toddler brand  that puts the same exacting care into every product and experience as parents do into raising a little one. All products are made from completely high quality, non-toxic materials and are sleek, easy to clean and are designed to stay in the family for a while.

Go to meetlalo.com to see for yourself and use promo code FATHERMATERIAL at checkout to get 10% off your order.